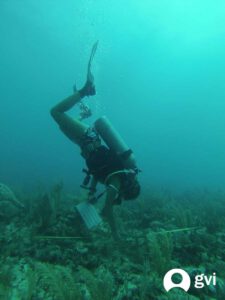 years, I’ve been having the dream of going abroad for a longer time. Now it is time to do so. It’s been obvious for me already for a while that I don’t want to do work & travel as usual. Instead, I’d like to do something else. Something with more purpose. Something where I can make a difference somehow. That’s why I chose a very special project. Learn more about it in today’s article.

What is it all about?

A while ago I decided to change something. I don’t want to sit around longer, just talking. I want to change my life. That’s why I decided to go as a volunteer to Mexico. I will participate in an environmental project that not only helps people in the area but also has far more impact. Meanwhile, it is early March 2016. The job is on leave, some of my stuff already sold and the final phase of the preparations are started. And fuck, yes, I’m damn excited.

What is this environmental project?

The project is actually a 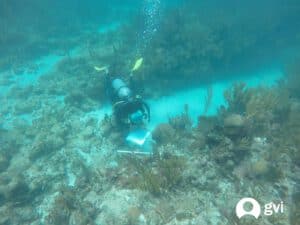 Marine Conservation Project but also includes several social components. Nevertheless, the core area will revolve around our oceans. Whole 71% of our planet is covered with the blue giants. They form a unique ecosystem, which ensures our survival. Unfortunately, pollution, global warming and other factors have a negative impact on our oceans. Only recently I wrote an article about the dangers of plastic. There you also can read about how our oceans are suffering. For this reason, it will become increasingly important to research and understand our oceans in order to be able to protect them permanently with this knowledge. And that’s exactly where the marine conservation project comes in. The aim is to build up a database that allows to document and observe the evolution of marine life and to understand their relationships. With the help of this future decision-makers can be supported to drive forward marine protection. The study area used is the Mesoamerican Reef, which is located in front of the Yucatan Peninsula. It extends up to the Honduran Bahía Islands. With a length of 1,100 km, it is the second largest reef on earth. Our job there will be to do several dives daily to document marine life. Above all, the coral bleaching, which has already been observable for decades, is given a lot of attention. In addition, any other living beings that are indicators of the health of the reef are recorded too. Coral bleaching data will be transmitted to the so-called “CoralWatch” project, which was initiated by Australian scientists from Queensland University. They collect coral data worldwide to analyze influences and trends in coral bleaching globally. The environmental project in Mexico is the third largest supplier of data worldwide. In addition to the main task of data collection, many more activities take place. 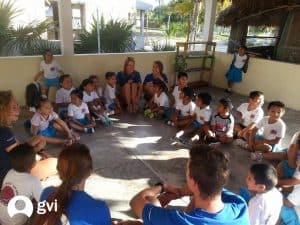 For example, the project works closely with the local community in a wide variety of areas. On the one hand, English lessons are held with children and adults, on the other hand, it is tried to strengthen environmental awareness in general. In addition, we work closely with tour operators to give them a better awareness of their environment. These, in turn, convey this to the countless tourists with whom they come in contact on a daily basis. Presentations, leaflets and flyers should not only support 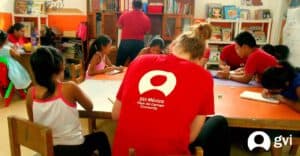 guides but also provide the tourists with the necessary knowledge, so that they develop more awareness of the reef and the environment in general and carry them out into the world. These actions are rounded off by us volunteers through weekly beach cleanups, as well as by cleaning up the reef or organizing and running various other social projects. All in all, so much is done on site to achieve the widest possible impact. It will not only focus on the second largest reef in the 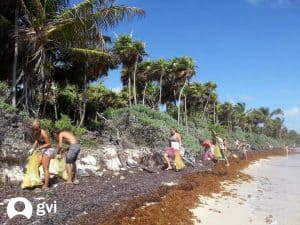 world but will also support the next upcoming generations. As Yucatan peninsula is the most touristy area of Mexico, it is tried to carry the knowledge into the world with the help of all the tourists coming here. That’s exactly what I want to be part of. I would like to actively support the research and environmental protection as well as to continue to use and distribute my acquired knowledge there.

When does it start?

On March 26, 2016, the flight goes from Cologne to Cancun. So I only have 3 weeks left to prepare everything that is needed, to say goodbye to loved ones and then start my great adventure. Of course, on my blog, I’ll tell you what I’m experiencing there. Are these words they told us really true? Do they do all these great things? Is the ocean actually as polluted as I saw on pictures? I am afraid that I will be shocked by how bad the environment is affected by us. I will get to see it there every day. Maybe I am wrong too (I hope so). I will definitely report it.

What do you think about such a project? Would you join?